As an artist, Tom Mosser is always looking around for ideas. In the alleyway dumpster near his studio a discarded tire became a paintbrush to get tread marks on his canvas. “That’s how I ended up painting with balls,” said Mosser, a Pittsburgh-based painter and muralist whose work appears in sports venues across the country. “If you look around and ask, ‘How can I make art in a different way that hasn’t been done before?,’ you start rolling tires or balls across a canvas and you’re creating art.” “I don’t think anyone in the history of mankind has demonstrated painting with old basketballs,” said Mosser with a hint of sarcasm, acknowledging there’s no such thing as an original thought but that no other artists that he is aware are painting with tires, balls and shoe bottoms.  Many of Mosser’s clients are professional sports organizations. Using footballs to apply the paint, Mosser completed seven paintings for U.S. Bank Stadium in Minneapolis, where Super Bowl LII was played in February. He also contributed 36 pieces to Prudential Arena, home of the NHL’s New Jersey Devils, including a 200-foot-by-30-foot mural that is believed to be the largest interior mural in the world.
Inspired by an Andy Warhol quote, the theme of Mosser’s talk at A & I is “ideas,” in that everything that people do is an idea, whether that’s what to eat for breakfast, a shot selection in tennis or, in Mosser’s case, how to create art.
“Ideas and art are all around, you just have to look,” Mosser said. “The idea of looking around you and finding something completely fresh and new, if you do that, stuff happens.”

Mosser is no stranger to engaging audiences or the sports world. From 1990-97 he was the Pittsburgh Pirates’ mascot, the Pirate Parrot, before becoming a full-time, self-employed artist, commissioned for fine art as well as working with commercial clients.
In addition to his sports murals, some of his most successful commissions include “A Golden Retriever at the Museum,” a depiction of his dog, Lucas, staring at a still life painting of a tennis ball, a painting that Mosser said changed his life. 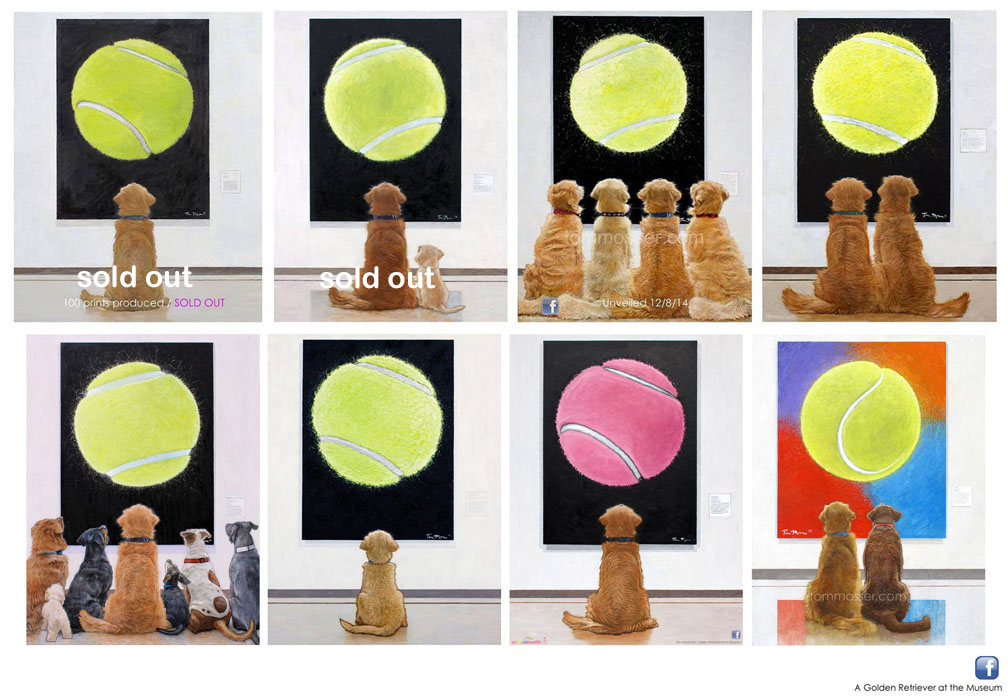 Retrievers at the Museum

He’s sold nearly 400 prints of the “Museum Series” including 100 in the first five weeks after an image of the first painting went viral. Mosser donated $100 per print to charities including the Animal Rescue League. He has since created other iterations of the painting, including a pink tennis ball for breast cancer awareness. 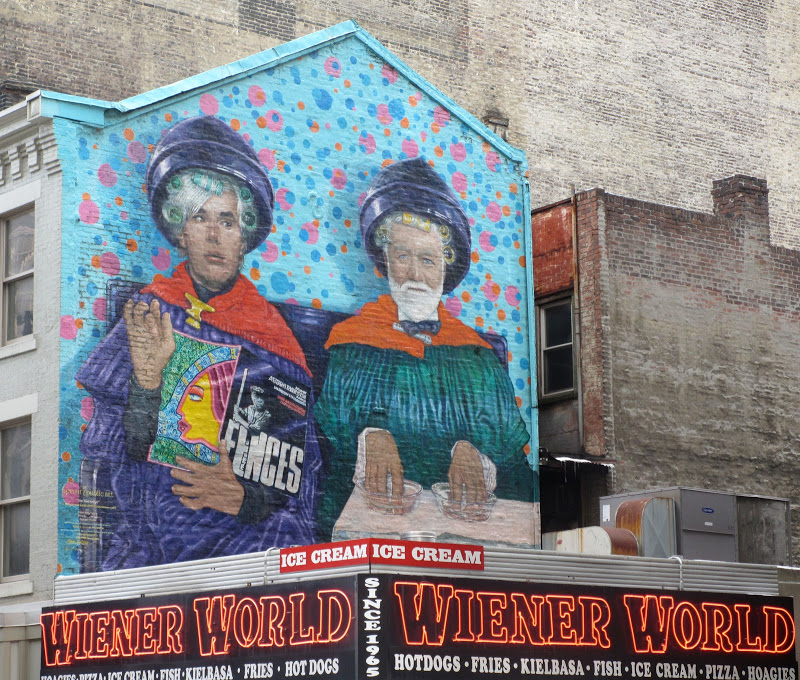 Mosser has also left his mark in Pittsburgh, where he moved after graduating from Penn State University and growing up in Huntingdon. The mural “The Two Andys,” created in 2005 with Sarah Zeffiro and located on the side of a downtown building on Strawberry Way in Pittsburgh, is a playful re-imagining of city icons Andy Warhol and Andrew Carnegie sitting side-by-side in a beauty salon under hair dryers while getting makeovers.
Mosser hopes his appearance at A & I will inspire artists as well as anyone else with ideas to pursue.

“It’s not a question of whether people have good ideas, it’s whether or not they act on them,” Mosser said. “You don’t have to make a living as an artist, but you can still have creative thinking in your life.”